Both tourists and locals have been staring into the sky for the last few days, observing the incredibly rare stratospheric clouds. Many have absolutely no idea what it is that they have been looking at and may not realize how rare this phenomenon is. 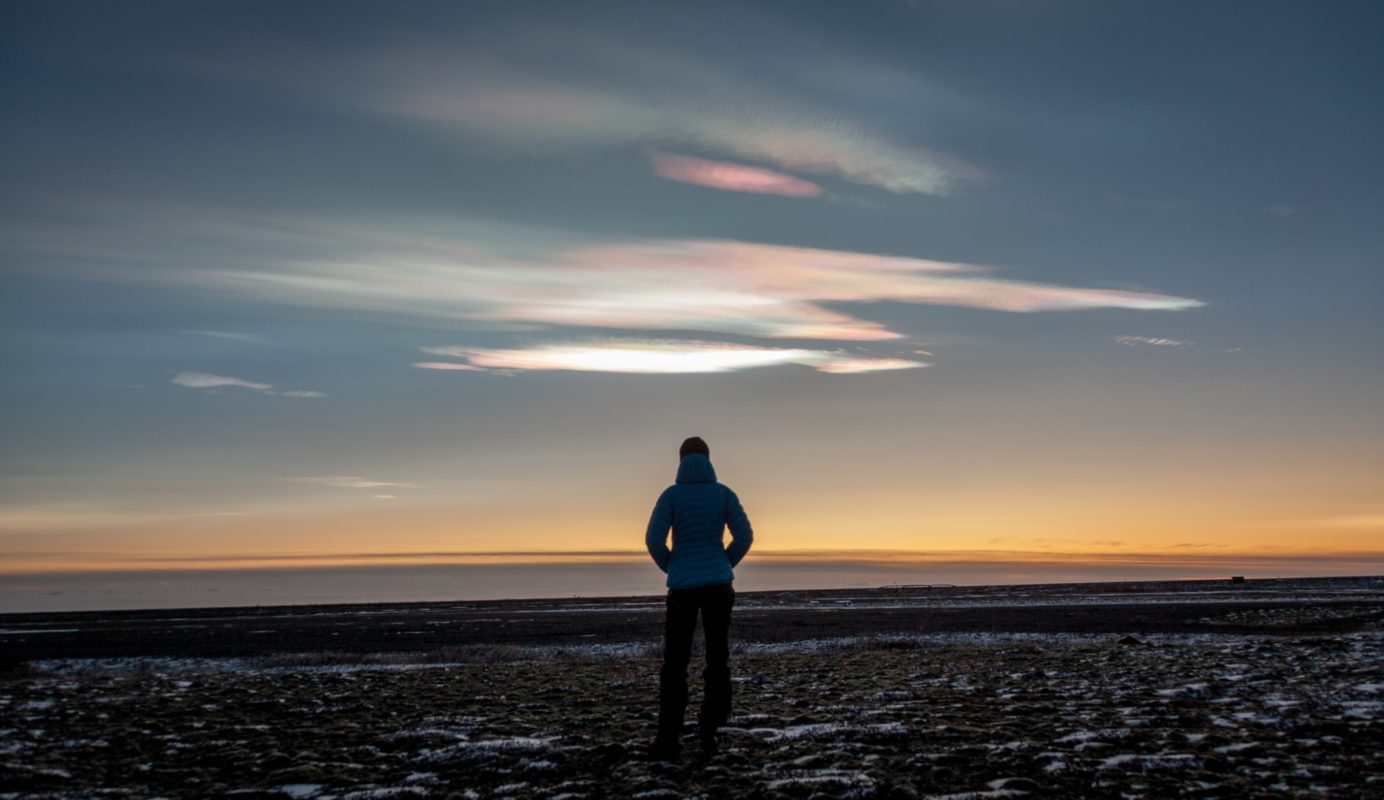 During the last few days we have been so incredibly lucky to observe lenticular polar stratospheric clouds in the south and southeast of Iceland. This type of clouds is extremely rare to see and have been a welcome addition to the sights on our tours.

The stratosphere is the 2nd layer in the atmosphere, after the troposphere. The troposphere is the layer that we live in and almost all weather occurs in this layer. That means that under normal conditions there are no clouds in the stratosphere. But when the stratospheric temperature drops below -78 °C the sparse frozen molecules of water form into icy crystals and assemble themselves into the polar stratospheric clouds (PSC). They form in the heights between 15,000 to 25,000 meters and are best to observe after sunrise or before sunset, when the sun is between 1 – 6 degrees below the horizon. PSC happen quite frequently in the Antarctic but temperature rarely drops so low in the Northern hemisphere.

PSC appear as very colourful, glowing and almost sparkly due to the high altitude sunlight shining through crystals of size approximately 10 µm. They are far more rare than aurora borealis and for many this is a once in a lifetime experience. 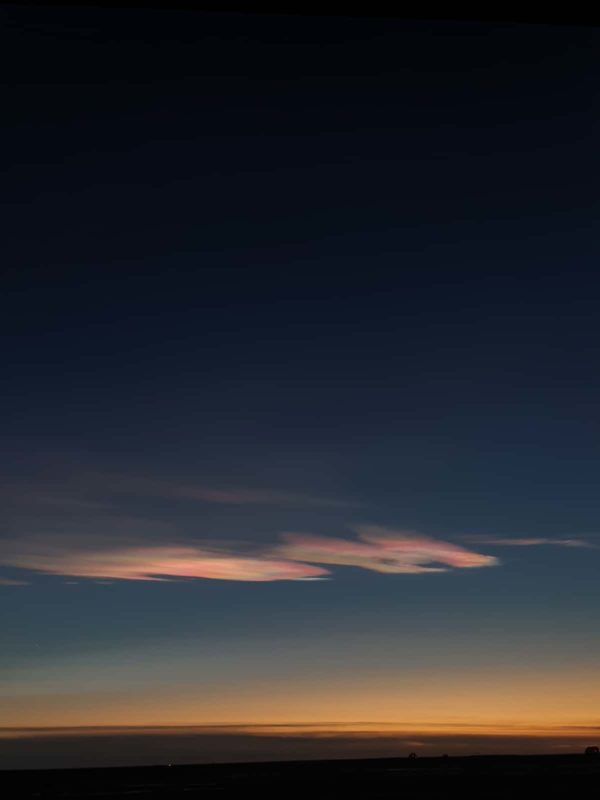 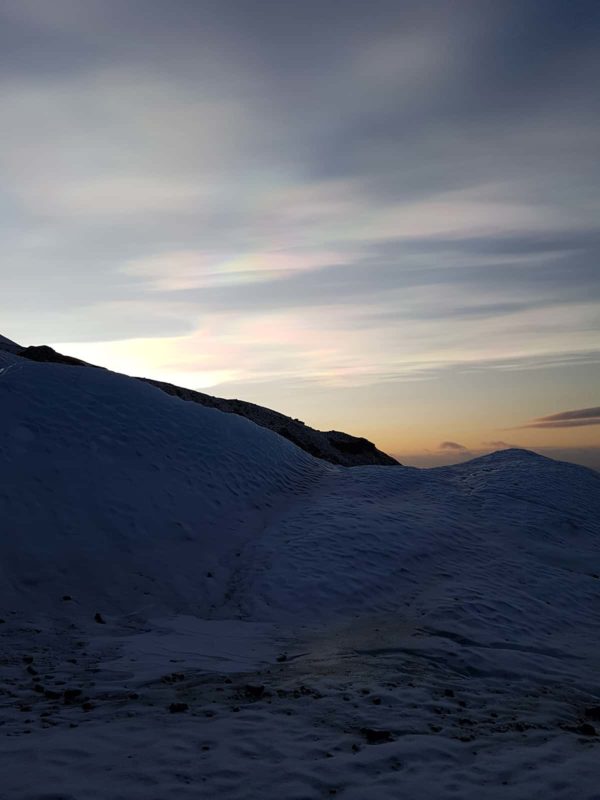